We just got back from a 7-night Disney Cruise (ship was the "Fantasy")  and I am again speechless when someone asks me how it went.  It was so good I just can't get the words out sometimes.  The boat and crew were beyond great,  but more than anything I learned a lot from the twins.

After a few cruises on Royal Caribbean (before the twins), we decided that the goals of this cruise would be to: do everything for the kids; treat them like royalty; listen to every word they say; do everything together. SUCESS!

I learned from the last week that the most important thing I can do as a father,  is to really take time to listen to what they are saying [or trying to say] to me.  In every instance,  there is a genuine cause or concern on their part.  The more time I take to listen,  the better the outcome. It really took a cruise to put this into practice but I am so happy we did it all together.

Both kids are sharp as a tack -- but in their own way.

Zander is more emotional and can't enunciate quite as well as Zella,  but he is so full of love and happiness that exudes from his warm eyes and huge huge smile.  Check out his love in some of these photos.  He cares so much for his sister -- always wanting to make sure she has something that he does (sharing), and also quick to chase, tackle and lay on her.  Zander is also very mechanically inclined. He is mesmerized and drawn to any kind of switch, button, knob, gizmo, attachment and always seems to be re-engineering bad designs.  He is an amazing little kids with more love than all of us.  His nicknames are "moose" and "pirate Zander".

Zella can say anything that you can -- sometimes parroting but mostly understanding and communicating very well.  She will say "that's ok Zander" and pour the love on Zander.  She has really stolen her old dad's heart and will undoubtedly be driving a red corvette at 16.  Zella is also the singer of the two.  She knows many songs but loves "Let it Go" the most.  She knows and can sing most of the alphabet song and is one of the best huggers on the planet.  She is also the dancer of the two.  On the cruise her favorite activity was the dance parties.

Favorite movie is Frozen.  I think we've watched it almost once a day for the last four months.  We bought the CR and listen to it a lot and actually used it to learn some new dances before the cruise.  Zander's favorite show is Mickey Mouse Clubhouse but they both love to to dance the Hotdog Dance (we all do :)

Together they can climb anything, love everything, sleep great, play perfectly and generally just be fantastic kids.  They know all of their colors, shapes, most of the alphabet and single digits.  It's hard to describe all they know... it's a lot.

They are also very health and pretty big.  Shoes are huge; clothes are for 3-4 yr olds and they love to color and role play in the house.  We're almost out of diaper sizes so potty training is underway.

Both kids love the water and have been taking swimming lessons.  Zander can jump off the edge by himself in the deep end of the pool, turn around and make his way to the edge. All on his own. Wow!

The kids can just float and lounge in the water for ever.  They love the salt water.

Zander was all about building castles and she was all about the water.  Didn't want to get out and kept pushing herself to see how deep she could walk.  There were almost no waves so she would walk her way out to her shoulders.... really. We kept saying "too deep" and she'd turn back to shore... all on her own.

I put Zella on the float and she just loved floating around in the water.  I'd say "spread you legs" and she would be un-sinkable. She did fall in once but had no problem going under.

We found a small water park and they were in heaven.  Zella always gravitates towards other girls -- sometimes her own age and always to the 10 yr old group. 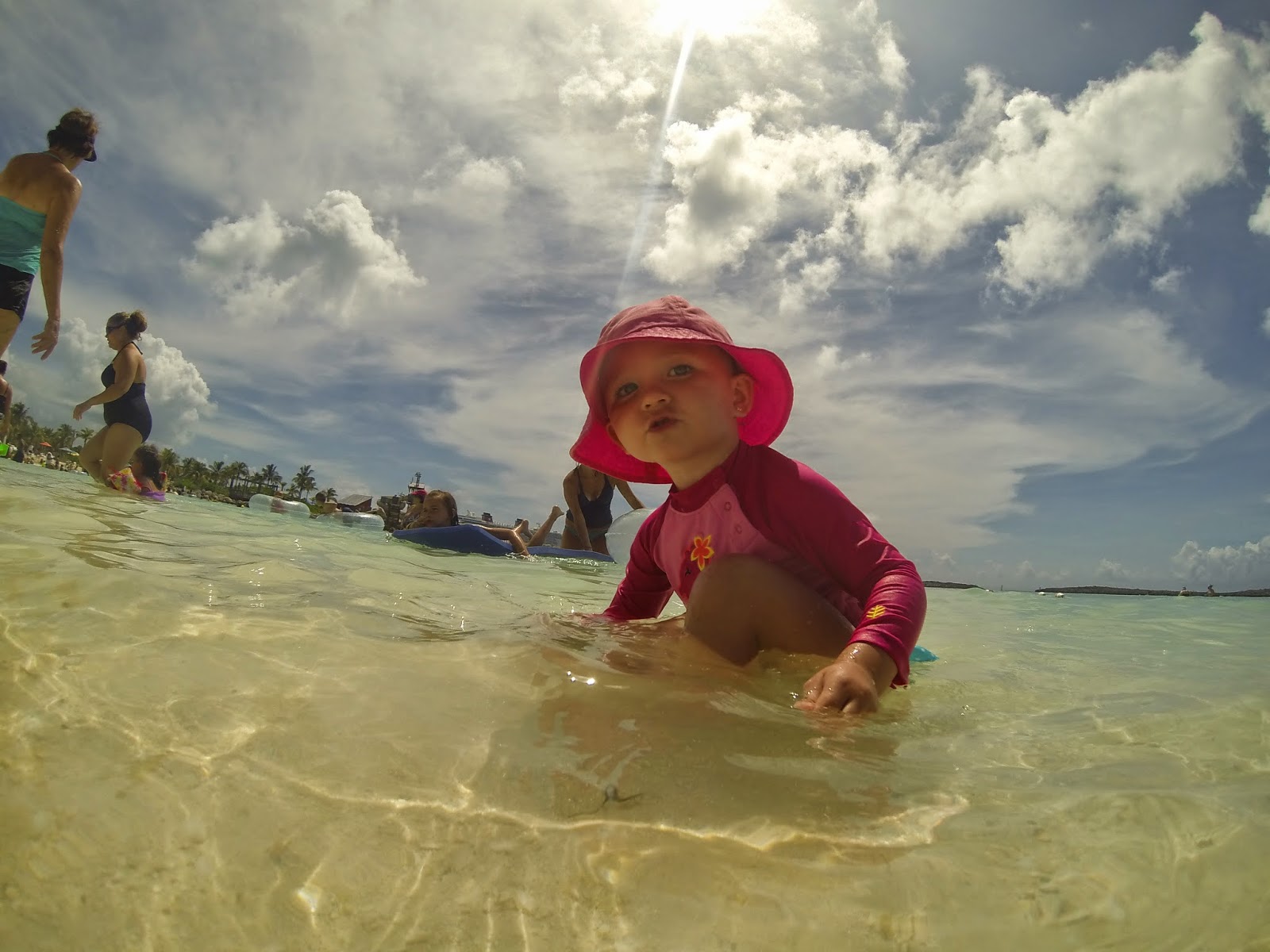 Thank you Jesus for the two little ones that have graced our lives. I learn more from them than anyone else on the planet.  I wouldn't be good without my great wife. She loves, supports and puts up with me while being the best Mom I've every known.